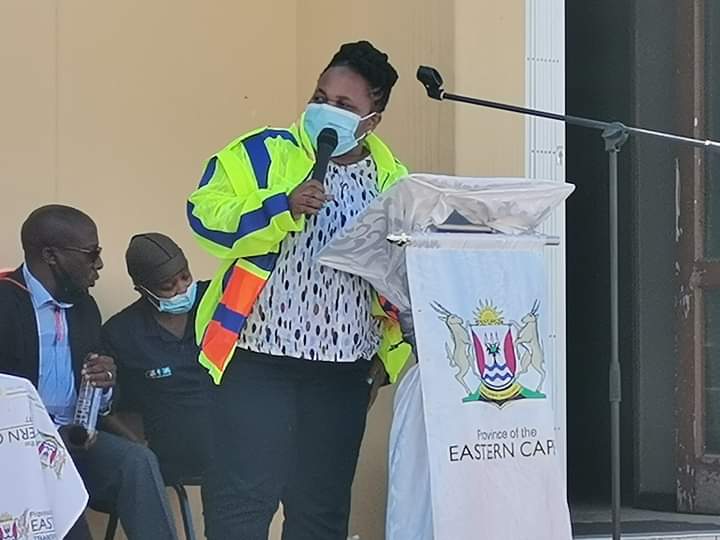 A statement circulating on Social Media threatening to shut down three major cities in the Eastern Cape on behalf of the former President Jacob Zuma has been condemned by Transport and Community Safety
MEC, Weziwe Tikana-Gxothiwe.

In a statement issued by the Department, Tikana-Gxothiwe asked the people of the Eastern Cape to not participate in form of lobbying, vandalism, business destruction, looting and shutting down of Gqeberha, East London, Mthatha and its provincial capital, Bhisho.

“We respect and support the people’s right to protests. But we are pleading with our people to be sensible when they embark on any protest. We are calling on them not to be drawn into any actions that may destroy their livelihoods and potentially pin the masses of our people into deeper poverty in the aftermath of their actions,” said Tikana-Gxotiwe.

According to Tikana-Gxothiwe the massive strike is set to take place on Tuesday and Wednesday.

“The call comes as messages – whether fake or legitimate continue to make rounds on social media, inviting the public to what is referred to as a ‘massive strike’ targeted at the three of the provinces major cities,” she said.

Tikana-Gxothiwe expressed that the province witnessed some sporadic protests in Nelson Mandela yesterday, but law and order were quickly inforced.

In addition, she said the law enforcement will be alert and she also called on members of the public to ensure that they still have the infrastructure to utilise, work and businesses to still go back to when the lockdown restrictions are eased further.

“I challenge the people of the Eastern Cape to rather work with law enforcement officers in upholding the Level 4 lockdown regulations and save lives,” she said.