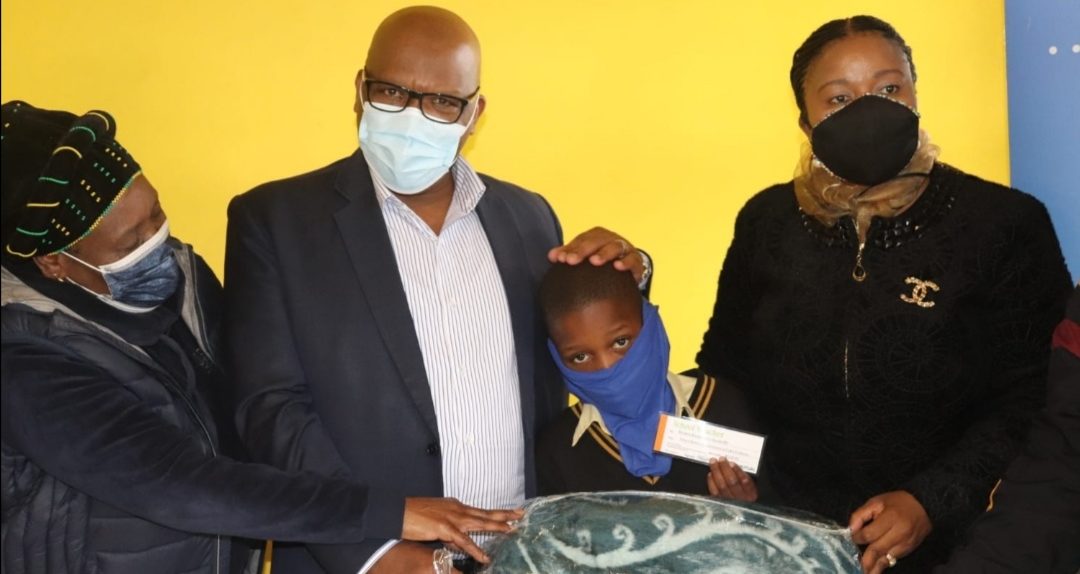 The Buffalo City Metro Municipality together with Old Mutual handed over food parcels and school uniform vouchers to Duncan Villages, Ward 7 residents who were victims of shack fires.

According to the BCMM Mayor Xola Pakati the victims will be provided with shelter but in the meantime, they received food parcels, blankets and school uniforms.

One of the Victims who is a pupil at Ebenezer Majombozi High School, Inga Khonzaphi said he is very happy with the blankets and uniform voucher he received.

“I will now be able to buy myself a uniform and everything I need. I am very grateful to the municipality and Old Mutual. I will now look like other children at school,” said Khonzaphi.

The School’s principal Phakade Victor said having been invited to the ceremony to handover uniforms, vouchers and blankets as a relief to the families who have suffered the loss of their belongings because of shack fires is an honour to him as he gets to see his learners receive some form of help.

“I feel very honoured and happy my learners and parents at least have received some relief. This will indeed go a long way in enhancing their academic performance,” said Victor.