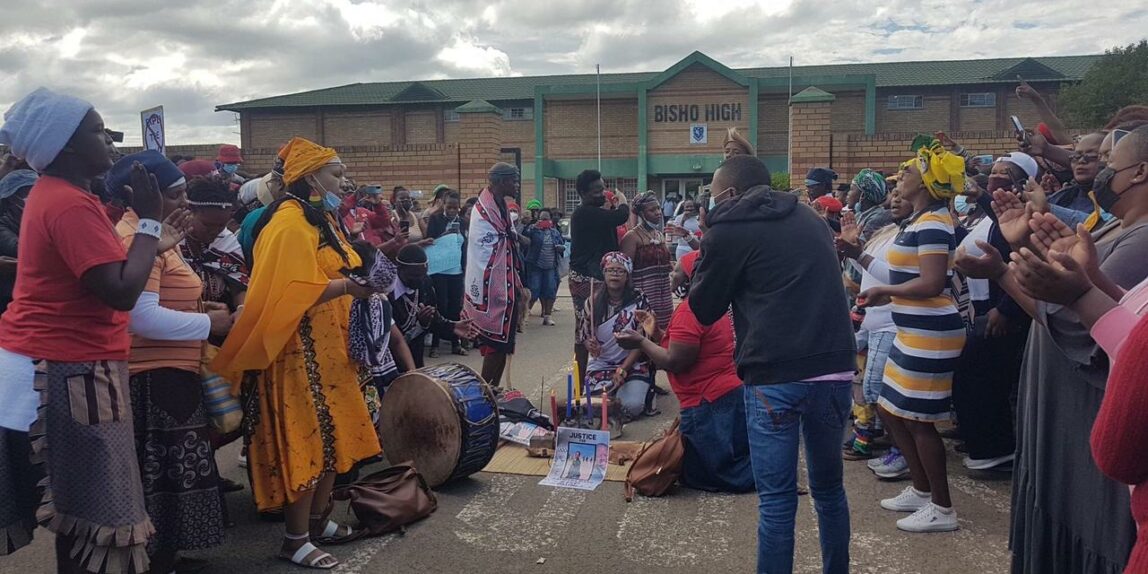 A group of distraught traditional healers, parents and students have marched to Bhisho High School demanding answers on the death of Lathitha Nako today.

This is after a grade 10 Bhisho High School pupil Lathitha Nako swallowed a pesticide and died at a local hospital last week Wednesday.

It is alleged that the 16-year-old spiritually gifted pupil was a victim of bullying because of her spiritual calling. She was accused of witchcraft by other learners at school.

Some school pupils alleged that the matter was reported to the teachers but they ignored it. They said that Lathitha was very open about herself being a victim of bullying by her peers at school.

Eastern Cape Department of Education spokesperson Nozi Mboxela said the department has sent a delegation of multidisciplinary teams to the school to investigate the matter.

“The visit by the multidisciplinary team is to first ascertain the cause of the incident and provide psychosocial support to the learners,” she said.

She further said that the pupils at Bhisho High school will receive training on how to deal with bullying at school.

“Apart from that, the team will consist of specialists who will assist learners through various training systems to deal with bullying, undue peer pressure and programs that will ensure peers help each other to report and skills to cope under pressure,” said Nozi.

Yesterday, COGTA MEC Xolile Nqatha visited the home of the late Lathitha Nako at Tyutyu Village. He expressed his sincere condolences to the family. He also confirmed that the department will investigate the matter and he called for calm.