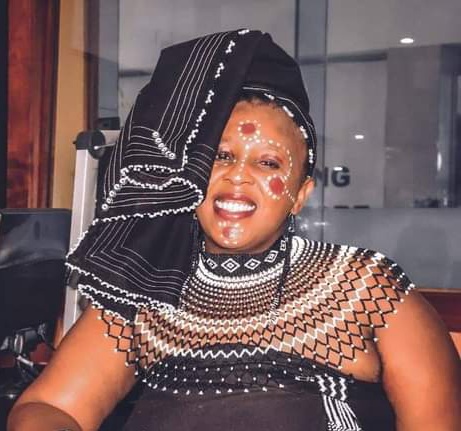 In her quest to curb gender-based violence and bad behaviour from men particularly those fresh from initiation, the Author of Zajik’izinto, Siphokazi Mpofu founded Izibazana Women Association to speak on the boy child’s journey into manhood and the difficulties mothers go through during this process.

The Izibazana Women’s Association is a non-profit organization founded by women who have experienced the difficulties of raising a boy child. Izibazana provides answers by holding seminars to strengthen young men’s talents, providing blankets to boys heading to initiation school, facilitating GBV programs, and assisting with counselling.

Mpofu said she has been counselling rape victims, but she saw that it isn’t working because she is focused on the victim rather than the offender, so she chose to focus on the young boy who is on the verge of becoming a man before he considers raping.

“I’ve found that boys without fathers have a terrible time when they’re going to enter initiation, some even receive a second rejection when they go to their fathers to seek to be brought to initiation schools as a result, I offer counselling services to them since it damages their self-esteem,” she said.

Mpofu went on to say that the problem with men today begins before they enter initiation but no one notices, therefore the issue is not with the rite of ukoluka, rather, the boys just need to be emotionally cared for before entering initiation.

“The most difficult challenge she had when she first started Izibazana was males who felt she wanted to be a part of what goes on in initiation schools, but there are men who can see the notion and support it,” said Mpofu.

She said the biggest victory for men, their sons, and Izibazana is that men are opening up because once they are healed, they will see what is wrong and will not allow history to repeat. Women are also at ease discussing these topics.

“So far, the response has been positive because when men learn about the goal of Izibazana, they realize that we are not insulting the rite, but rather playing our part in restoring the rite to its former glory,” she said.

“Izibanazana will launch on 27 November at Mdantsane NU1 Community Hall at 10h00 a.m. where people will learn more about the programme, donations are welcomed,” she concluded.