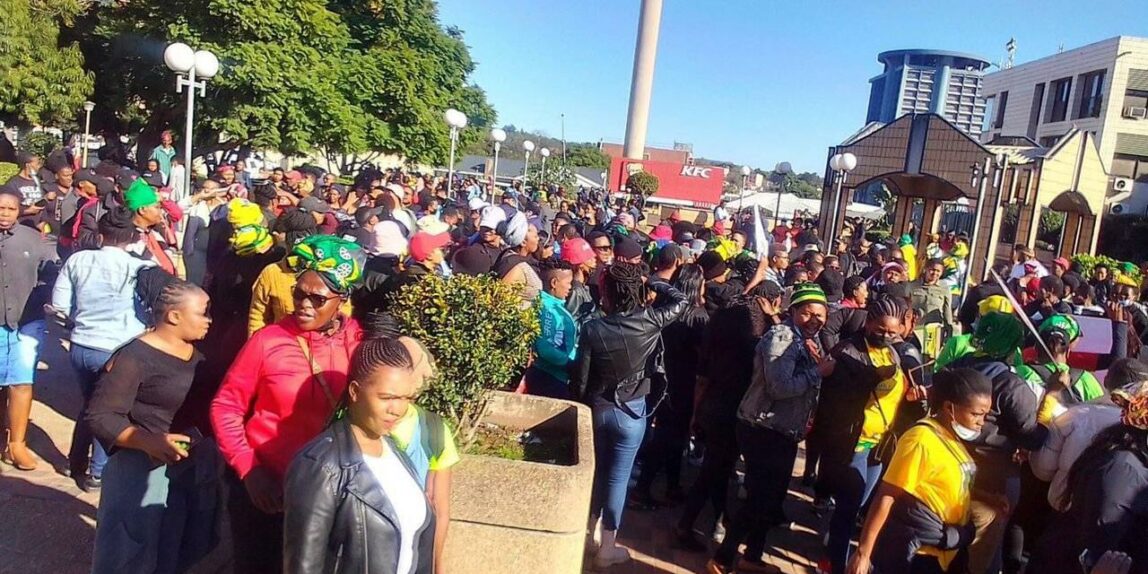 The fight against gender-based violence is still on, as hundreds of ordinary people, politicians, friends and family members of Namhla Mtwa marched to Umthatha Central Police Station demanding justice for Namhla Mutwa.

This is after Sanga Nozintaba Matwa distributed sensitive evidence of Namhla’s abuse on social media platforms asking for help.

The 34-year-old Singwa Namhla Mtwa was shot and killed on the spot with 9 bullets at her Sdwadwa View home in Umthatha on the 21st of April this year.

According to the information circulating on social media, Namhla was allegedly trying to leave a long term abusive boyfriend, Mfesane Major Bhekizulu.

Bhekizulu is a well-known businessman in Umthatha and he is also a member of the ruling party.

“The time has come for the leadership of this country to bite a bullet and strengthen the laws of this to protect the vulnerable and that children of this country must live a better life,” said Qoboshiyane.

Eastern Cape Police spokesperson Thembinkosi Kinana said no arrest has been made yet in connection with the brutal murder of Namhla Mtwa.