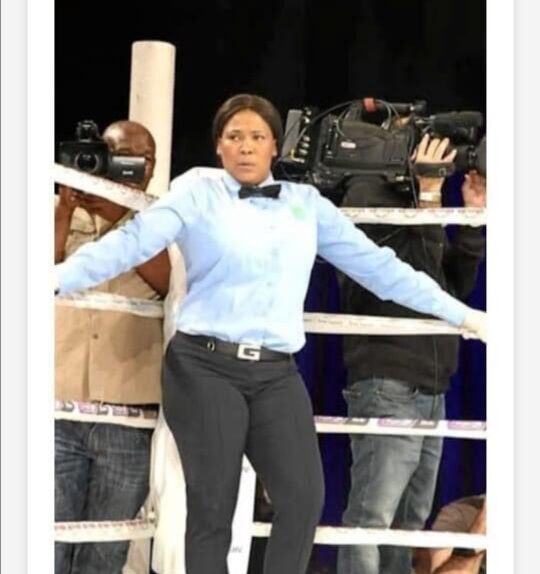 Kwelerha boxing clubs received a shot in the arm after Mdantsane-born and Boxing South Africa referee and judge Phumeza Zinakile donated boxing equipment to them.

Kwelerha is one of the province’s rural areas where young people are victims of alcohol and drug abuse due to the high unemployment rate.

As part of ploughing back into the community, Zinakile has decided to bring back boxing development in the rural area of Kwelera where she grew up as a young talented child.

Working together with other boxing leaders and ward 50 councillor Anele Gunyazile in organising a boxing tournament that will be held on the 16th of June to revive the boxing sport in Kwelerha.

“I was born in Mdantsane and spent some years growing up in Kwelera. A group of community leaders asked me to intervene in their project of grooming young kids to become boxing champions. I went to Kwelerha to see what they have done so far and I was so impressed by the progress that they have made,” said Zinakile.

“After witnessing what the Kwelera boxing enthusiasts are doing, I never looked back I have worked hard in bringing sponsors aboard,” she said.

“I went out and knocked at different doors. I was very fortunate to get some assistance. We are going to have a tournament on the 16th of June where we will be handing over the boxing equipment I received from sponsors,” she said.

Zinakile said getting support from her uncle Zolile ‘Bone Crusher’ Mbityi who is a former International Boxing Organisation (IBO) flyweight and the junior-bantamweight champion has made her the strong woman that she is today.

“My uncle Zolile was loved by many people. I have realised now that I’m told that as a family we never gave him full support. That’s when I saw the importance of being supported at home before getting support from outside,” she said.

Ward 50 councillor Anele Gunyazile has welcomed the intervention of Pumeza to revive boxing sport in the area.

“From a very young age I know Phumeza as someone very active when it comes to community development and boxing, that is the reason why we roped her into this program. We thank her for heading to our call and we also appreciate her for the work she has done so far.”

Gunyazile said the project of reviving boxing in Kwelerha started in 2019 but due to the outbreak of COVID-19 in the country, they had to stop it.