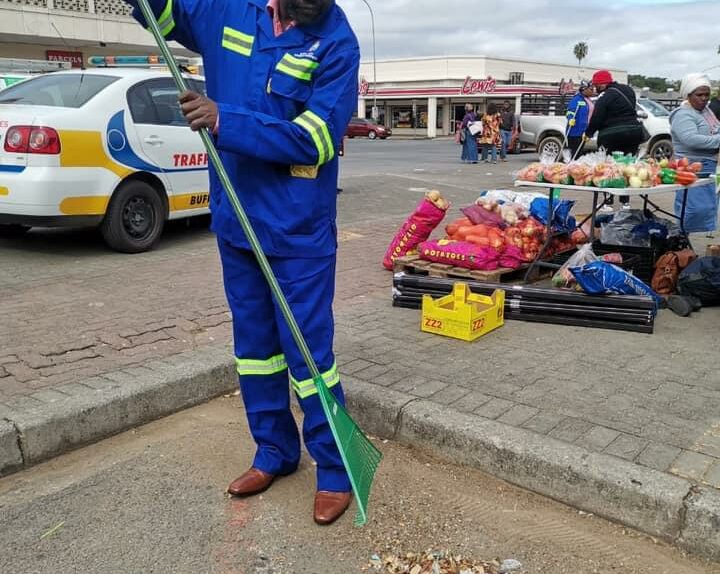 In a bid to keep the environment and the streets of the Metro green and clean, Buffalo City Metro Development Agency together with the Buffalo City Metro Municipality and Border Kei Chamber of Business signed a Memorandum of Understanding on Monday.

The partnership between the three institutions is expected to create more temporary job opportunities for the unemployed BCM residents.

According to the statement issued by the Buffalo City Metro, the close collaboration of the three institutions has formed a Public Employment Programme which will focus on job creation in the Metro.

“The PEP is a project that intends to create temporary employment opportunities in the City through a ward-based approach as well as to improve waste service delivery programmes.”

It further said that the initiative will also focus on waste management programs.

Programmes will be involved in the main integrated cleaning and greening as well as waste recovery activities including Buy Back Centres.

The Metro’s City Manager Andile Sihlahla has applauded the initiative of a clean and green Buffalo City Metro.

“It is with great honour to announce that the City has concluded a Tri-Party five-year agreement between BCMM, BCMDA and BKCOB on the planning and implementation of the clean and green Buffalo City,” said Sihlala.

He further said that the program is not going to focus on a clean and green Buffalo City Metro only, but it will also boost the local economy as it will attract tourists.

“The agreement amongst other objectives seeks to stimulate local economic development while assisting the City in waste management, improve the City’s image for attracting and retaining visitors and investors for economic growth and tourism, and develop a sense of ownership through engaged business and community participation,” he said.